Global oil demand could plummet by 18.7 million bpd in April, deepening an expected demand plunge of 10.5 million bpd for March, Goldman Sachs said, while the coronavirus pandemic continues to claim thousands of lives and forces a growing number of major economies into lockdown.   “A demand shock of this magnitude will overwhelm any supply response including … 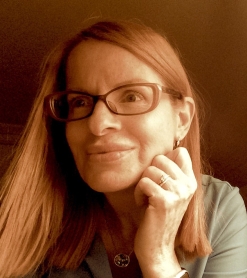 If only we could have included an antacid with each Report this month. Yes, there’s a lot to digest here and no, we can’t sugarcoat it. Considering the events of the past month reminds us of an old adage, “the best way to eat an elephant is one bite ...

Ovintiv Inc. plans to drop more than two-thirds of its operated rigs amid $300 million in Q2 capex cuts.

We are seeking to recruit on behalf of our client a SENIOR ELECTRICAL ENGINEER who will be based in Qatar on a long term residential contract, interviews for this position will be held in London in June 2020 and also …

Until recently, all production in Atlantic Canada has been light oil, with similar characteristics to Brent crude oil which is produced offshore in the North Sea between the United Kingdom and Norway. That changed with Newfoundland and Labrador’s Hebron oil platform, which is Newfoundland and Labrador’s first new major offshore project since Husky Energy’s White Rose project began producing in ...

Please note that these statistics are provided in EXCEL spreadsheet format.
Hydrocarbons, like bitumen and other heavy oils, are typically too dense to flow on major export pipelines. For example, bitumen produced in the oil sands has a density of about 1 000 kg/m3, while the maximum density of crude oil allowed on pipelines such as Trans Mountain, Keystone, and the Enbridge Mainline is 940 kg/m3. Bitumen and other heavy oils ...